Rick Owens designs furniture on the long run: so that objects can be inherited from generation to generation.

Rick Owens designs furniture to be used on the long run so that objects can be inherited from generation to generation. The designer believes that tables and chairs should be with the character as they are part of our everyday life; they fill the space of the house with rhythm and allusions. The same approach was taken by Paul Poiret, Jeanne Lanvin, Rei Kawakubo and other designers who, for various reasons, turned to interior items. Rick Owens began designing furniture under the patronage of Parisian gallery owner Philippe Jousse of Jousse Enterprise. Today, Rick Owens furniture is presented and produced by the Carpenters Workshop Gallery.

Rick Owens anticipates an era of new barbarism. In collaboration with the gallery, he created the Prehistoric collection, which included objects from petrified wood and stone with the remains of plants from five hundred thousand years ago, from marble and alabaster. The surface of some things is complemented by chips and spectacular scratches in the spirit of modern urban vandalism.

Ten years ago, when Hun and I (as Rick Owens calls his wife Michel Lamy) moved to Paris, I would occasionally make custom furniture, including the one that I once invented for our bunker on Hollywood Boulevard. I was inspired by simple lumber items from Robert Mallet-Stevens and Claude Parent. As soon as we settled in the city, Hun began looking around for artisans. I made something from black plywood, Hun found somebody who translated those forms into a petrified wood. Our Los Angeles bed, upholstered in an army blanket, turned into an alabaster shape in Paris, and a chair from pressed lumber was carved from soft white marble. In general, this furniture has become an individual exercise in creating our own small world.

Rick Owens comes up with original objects, rethinking archetypes: for instance, the backless chair in his Curila Chair opus or the Trident Chair, a Roman camping bed, or La Boudeuse couch sofa in the style of Louis XVI. He chooses exquisite, rare materials and is ready to endlessly develop a black and white palette so that he can stay within his signature monochrome style also in furniture design. He needs either a five hundred thousand-year-old petrified tree or translucent marble and alabaster. Rick Owens manages to design furniture no less expressive than his fashion shows. 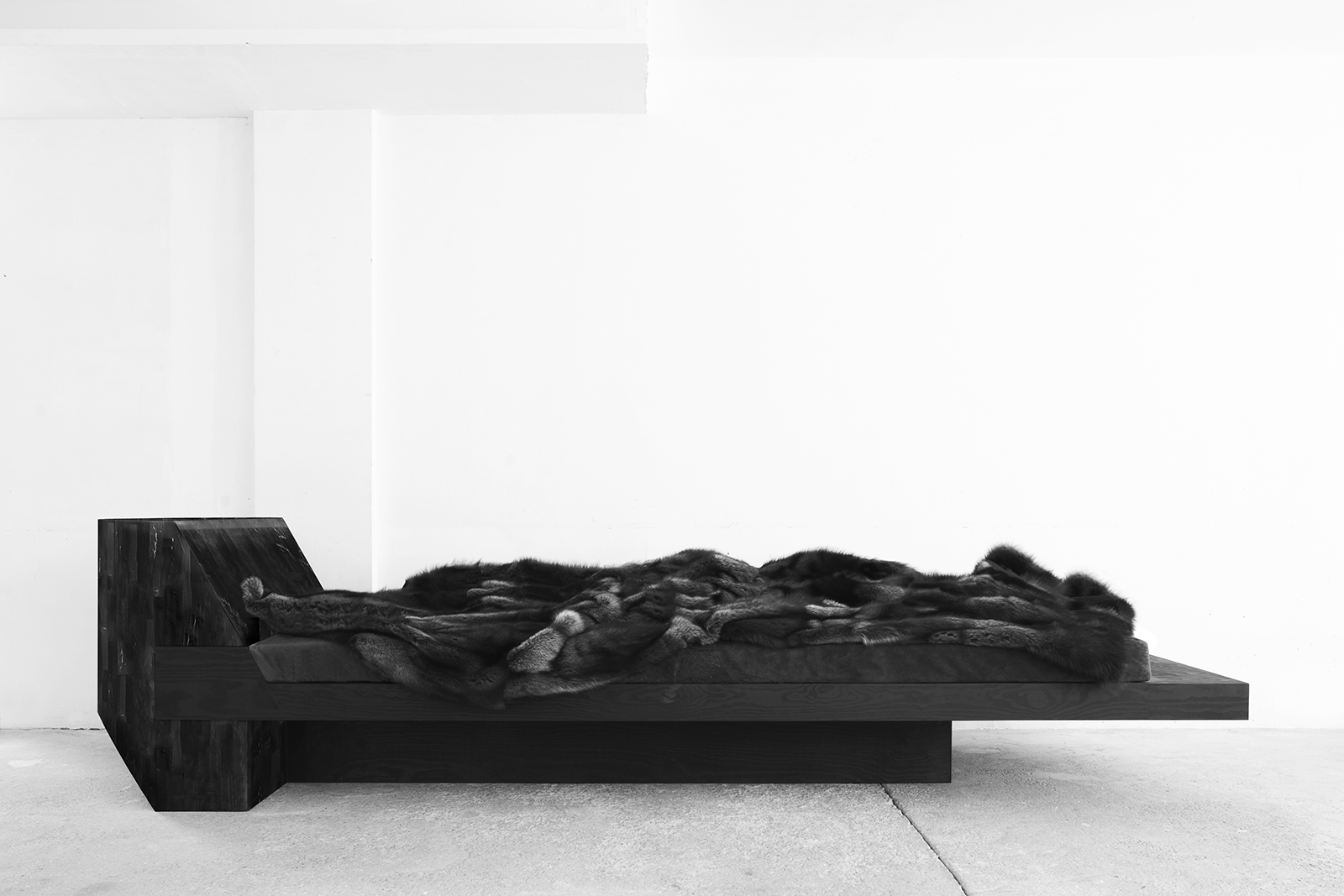