Rick Owens is an American fashion designer hailing from California, admired widely for his avant garde and disruptive  edge.

Rick Owens is an American fashion designer hailing from California, admired widely for his avant-garde and disruptive edge. Born and raised in Porterville, California, Owens studied fine arts at Otis College of Art and Design in Los Angeles for a couple years before a pattern-making class led him to drop out and work for local houses that manufactured sportswear and cheap designer imitations for years. He launched his eponymous label in 1994 and developed a body of supporters. He then sold exclusively to Charles Gallay, a Los Angeles retailer among the first who kept Owens in business for several years. Rick signed with Italian sales agent Eo Bocci Associati (EBA) in 2001, where he expanded to distribute internationally, and his production moved to Italy with Olmar & Mirta manufacturing facility. Rick Owens came into considerable attention when an image of Kate Moss shot by Corrianne Day and styled by Panos Yiapanis appeared in Vogue Paris. The image featured one of Owens’ distressed fitted leather jackets. He presented his first runway collection in 2002 during New York Fashion Week with the support of American Vogue and Anna Wintour, who also featured him and his muse Kembra Pfahler in a spread by Annie Leibovitz. The subsequent season Owens launched his menswear collection, showing it together with his womenswear in his Spring Summer 2003 presentation. After his second presentation in New York, Owens moved his operation from Los Angeles to Paris, thereafter presenting his collections in Paris. He initiated his longstanding collaboration with Panos Yiapanis, the stylist who has worked with Owens on all shows to present. He marked the anniversary of his tenth season with a release of his first retrospective book entitled ‘L’ai – Je Bien Descendu?’ which included interviews and a number of provocative photographs. In 2002, he won the Council of Fashion Designers of America ‘Perry Ellis Emerging Talent Award’. His look has been described as “Glamour Meets Grunge,” but Owens himself explains, “I try to make clothes the way Lou Reed does music, with minimal chord changes, and direct. It is sweet but creepy. It’s about giving everything I make a worn, softened feeling. It’s about an elegance being tinged with a bit of the barbaric, the sloppiness of something dragging, and the luxury of not caring.” Owens goes on, “At Revillon, I felt it isn’t about displaying one’s junk, but rather giving the woman a selfish pleasure. It is about using sable as the lining under a very humble jacket, and the luxury is all hers.” The opening of his first flagship store in the Palais Royal, giving the first appearance of his furniture collection alongside his varied collections, from the more affordable ‘Lilies’ and ‘DRKSHDW’ to the very exclusive fur collections. His second store in New York’s TriBeCa opened in the summer of 2008 with plans of further expansion. Rick Owens lives and works in Paris. He is widely recognized for his natural aptitude and vision, which is exemplified by his body of work, defined by some as ‘Neo-Gothic Minimalist,’ by others as ‘Glunge.’ His fashion is chosen by customers devoted to his aesthetic and conceptual world, presented in pieces such as architectural jackets and bias cuts wrapped around the body in solemn tones. 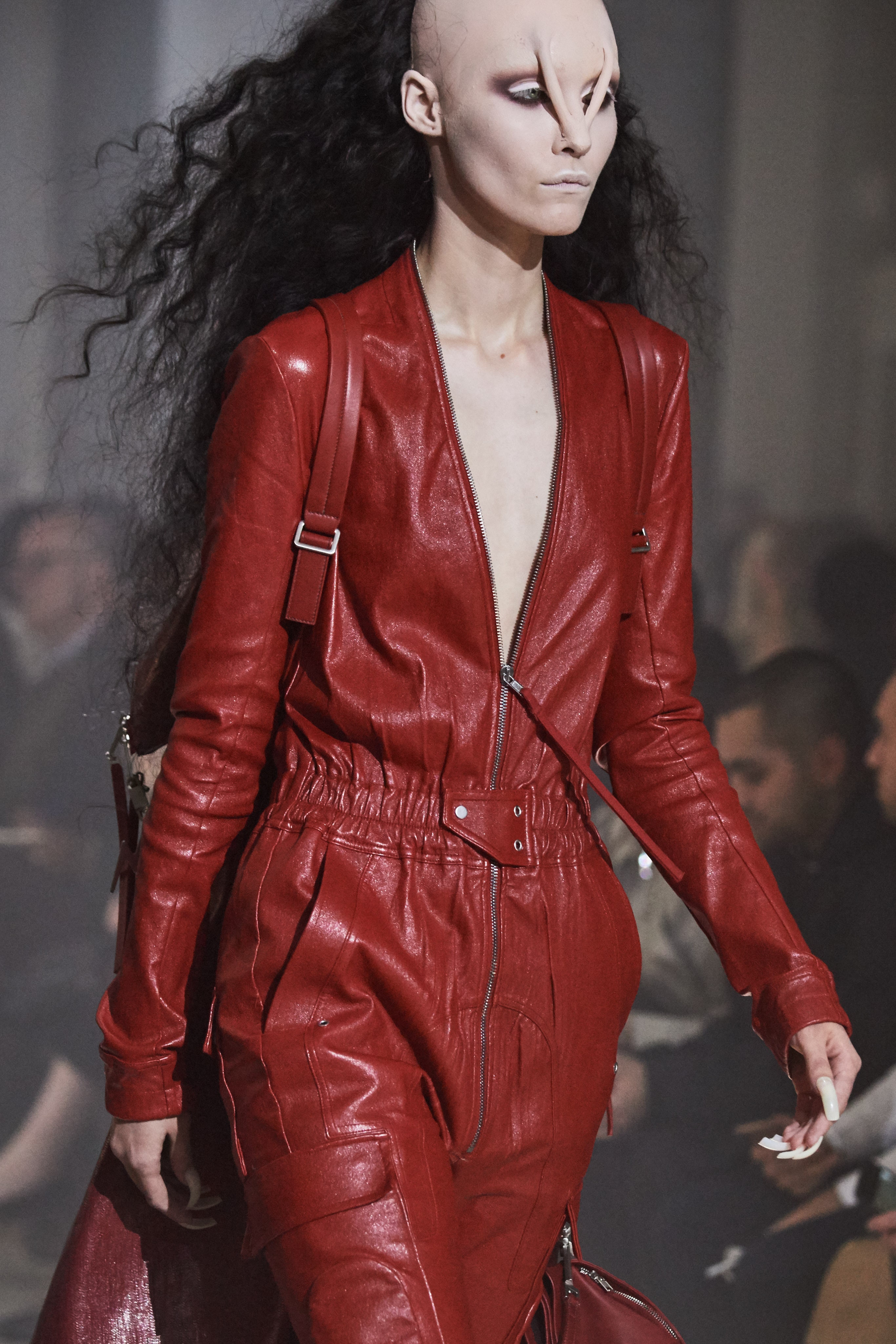