Renowned photographer Keizo Kitajima has been enlisted to shoot "Manual," the Spring/Summer 2021 collection of Junya Watanabe which pays dual homage to the books and the people of the working class who inspire him. Every model comes from different hands-on profession representatives and is shot near their place of work.

"Manual" lifts the cover art from a number of favorite Watanabe's tomes, much like his tees from Spring/Summer 2020. Titles include Spin: 360°, Playboy, and even the classic Dr. Slump manga from Akira Toriyama, each rendered on top of Watanabe's t-shirts, button-ups, and his signature patchwork blazers.

"I find myself focusing on the influence of the books around me this season – important things that I love, while I might not open them every day," Watanabe said in a statement. "Many of the pieces are portraying and incorporating these books in this collection."

In other news, Takay, The Japanese photographer, filmed models in Yohji Yamamoto classic uniforms, some with new design twists in an imaginary show with soft and jazzy music and occasional close-up displays to show the details of the signature looks: easily recognizable Yohji styles with the slouchy silhouettes and military uniform garments. 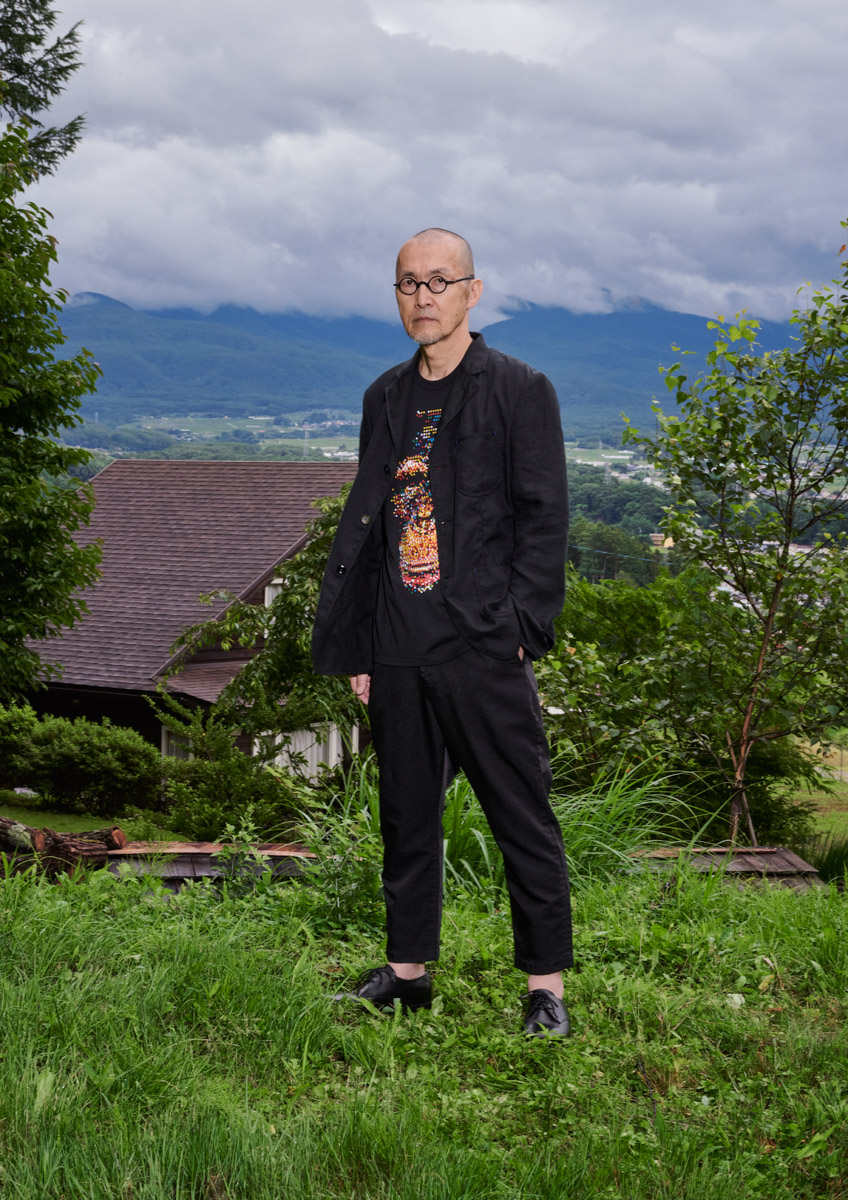