Simulating the accidental likeness of the social world celebrities. 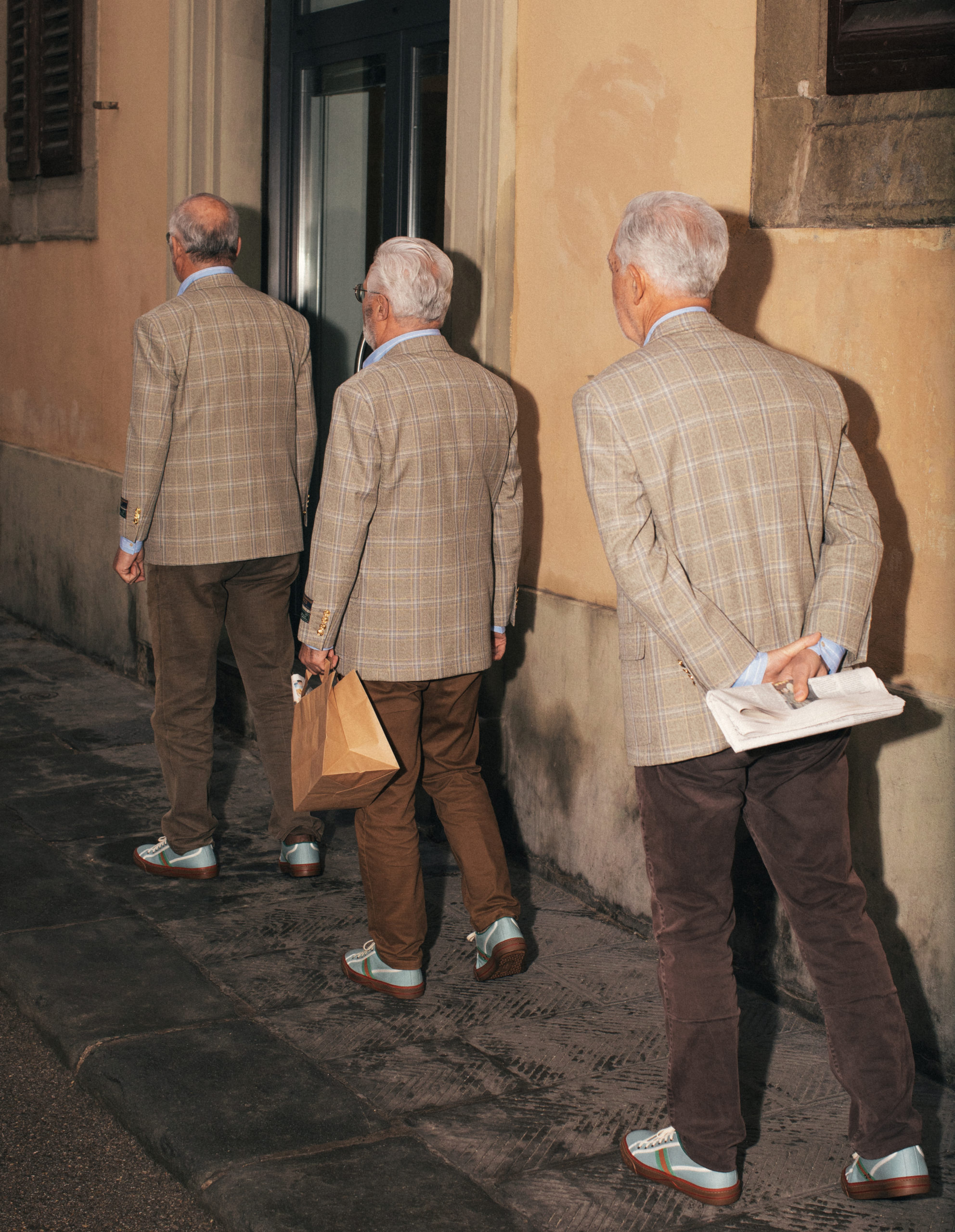 Gucci unveiled its latest digital project that takes the concept of mimicking the things seen through the lenses of London-based photographer, artist, and director Max Siedentopf, where he recently worked on photography for the campaign, at Old Gucci Osteria, Gucci's restaurant as well.

Inspired by the design of the original Gucci Tennis 1977 sneaker from the old Gucci repository, it was taken as a prototype and redeveloped with a more modern take on the #accidentalinfluencer project. It focuses on portraying people who look like each other, come together in normal, everyday situations.

Wearing the same clothes Including the Gucci Tennis 1977 sneaker, making this group a clone of the crowd an amateur photographer shooting situation was inadvertently on the bus, café, or shop selling vegetables, and fruit's effect on the image makes it happen. Like a spell In an improbable manner, Siedentopf features a group of long-haired, bearded men walking across the sidewalk. And an old woman in a similar coat was sitting together drinking tea. It was an accidental situation.

The campaign was launched through the social media channels of Gucci including TikTok, Instagram Stories, and Gucci App allows customers to try on shoes. Gucci Tennis 1977 goes through a room-like modern technology that launched in June of last year.