Inspired by the world of horseback riding such as Horsebit, it becomes an eternal symbol of Gucci, a fashion house and ever-innovating design aesthetics. 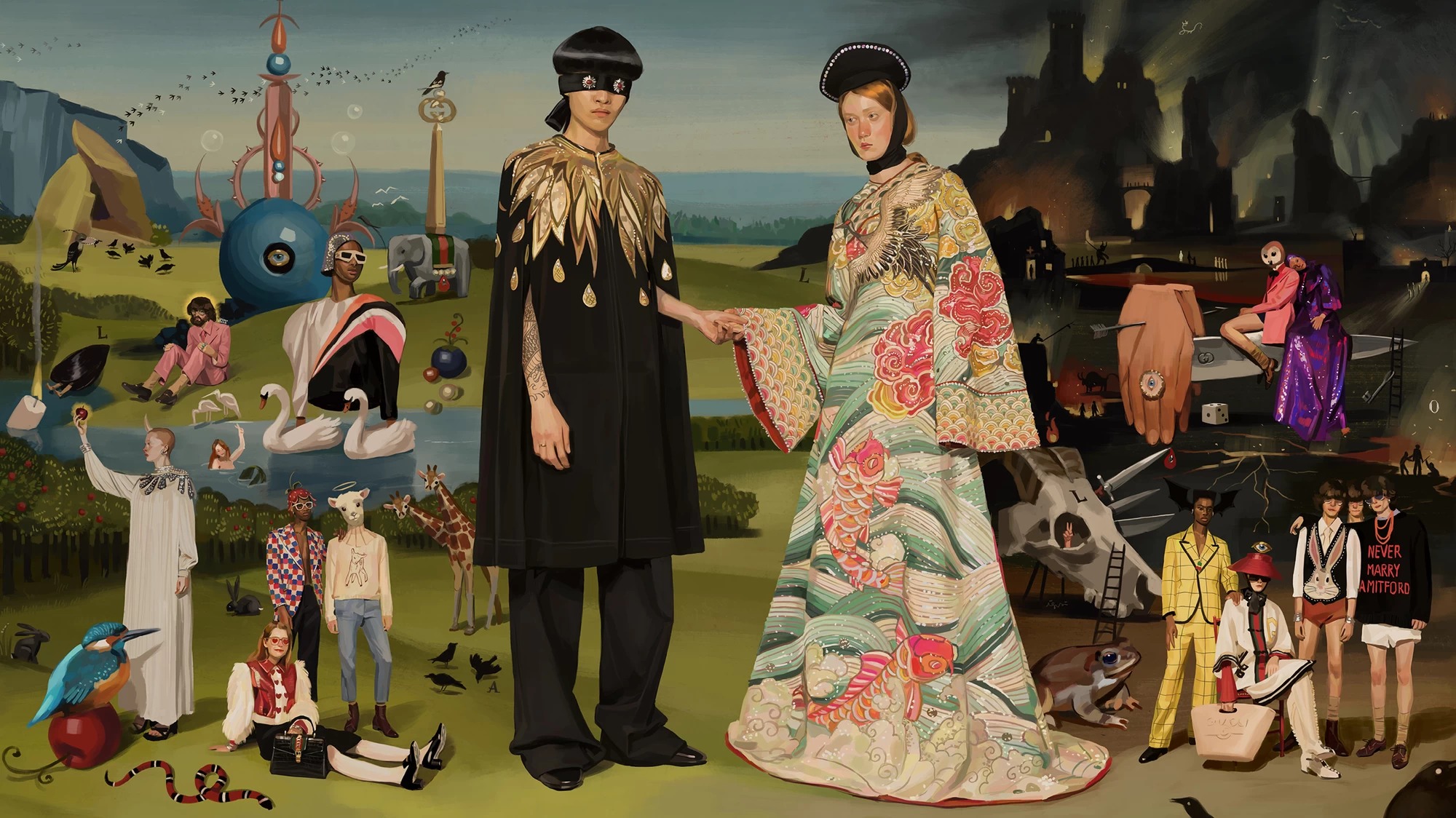 Gucci is an Italian luxury brand. In 1921, Guccio Gucci opens a factory and shop in Florence that sells leather goods. Founder Guccio Gucci was born in 1881 in Florence, Italy. In 1921, opened a factory and shop specializing in leather goods in Florence. It was successful in a few years and expanded the workshop in 1973. Inspired by the world of horseback riding such as Horsebit, it becomes an eternal symbol of Gucci, a fashion house and ever-innovating design aesthetics. A sophisticated foreign customer on vacation in Florence visited Gucci's workshop and bought a number of bags, trunks, gloves, shoes, and belts inspired by horseback riding.

In 1953, Guccio Gucci died and his sons took over the business. In the 1950s, Gucci was once again inspired by horseback riding and invented a "green-red-green" fabric derived from the saddle's girth. It will be an indispensable trademark for the brand. It is also the first Italian brand to open a shop in New York. Landed in the United States.

In the mid-1960s, it adopted the legendary double G logo, which became a new Gucci symbol. The classic moccasins with horsebit fittings that appeared during this period are a permanent collection at the Costume Institute at the Metropolitan Museum of Art in New York. In addition, he explores new interpretations and designs of iconic motifs such as interlocking G and crest.

In the 1970s, Gucci announced ready-made clothes (women's wear) and perfumes and expanded the brand lineup. From the 1960s to the 1970s, Gucci continued to expand globally, opening shops in London, Paris, Tokyo, and more.

In 1981 Gucci held its first runway show in Florence. Became a public company in 1982. In 1987, Bahrain's investment firm Invest Corp began acquiring shares in Gucci, holding all shares in the early 1990s.

In 1990, Tom Ford was selected as a women's designer. In 1994, Tom Ford became a creative director. Ford infused Gucci with boldness and sexiness and received a lot of attention in the world of mode. A silk-cut-out jersey dress with a stiletto and metallic metal fittings was recognized as Ford's unique icon design.

In 1995, Domenico de Sole became CEO. With Ford's design and the skill of De Sole, it was a great success.

In 1999, it became the Gucci Group through a strategic alliance with PPR (currently Kering), a major French distributor and luxury goods company. Over the next few years, Sergio Rossi, Boucheron, Yves Saint Laurent, Alexander McQueen, Balenciaga, and Bottega Veneta were added to the group. In 2002, Stella McCartney made her debut from the Gucci Group. Ford was a big success for about 10 years but retired in 2004. In the same year, the Gucci Group will become a subsidiary of PPR.

Alessandra Fakinetti replaces Ford as creative director of the womenswear collection. Menswear was taken over by John Ray and accessories were taken over by Frida Giannini.

After that, Fakkinetti and John Ray resigned, and Giannini has been working on all of Gucci's women's and men's collections and accessories since 2006. He has created a unique vision that fuses past and present, history and modernity, and is highly regarded. Thanks to Giannini, the "Flora" print was revived and reflected in accessories such as bags, shoes, and watches, making it a hit product.

In January 2018, "GUCCI Garden" was opened in the Mercanzia Palace in Florence, Italy. It is a special facility that displays a wide range of collections from 1921, when Gucci was founded, to the present, in combination with objects, photographs, and videos that symbolize each era.

Collaboration with Comme des Garcons in November 2018. Launched a Made in Japan bag based on Comme des Garcons' PVC bag with Gucci's green, red and green web stripes. In Japan, it was sold out soon after its release.