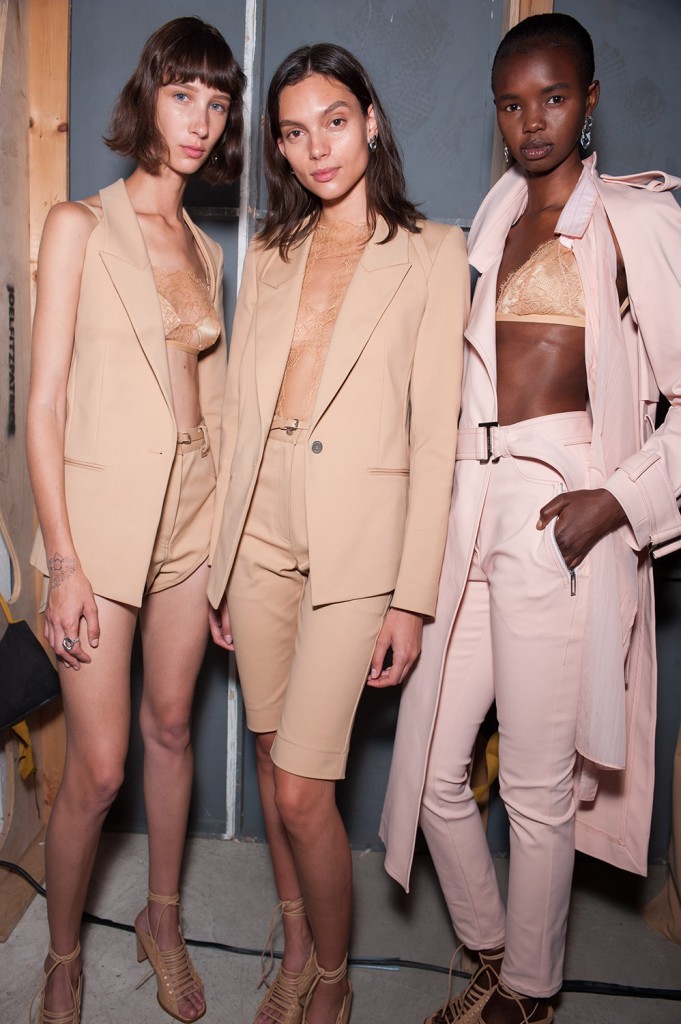 This season we have seen a turn away from streetwear and a shift towards elevated deconstruction.

The Australian designer’s SS19 show at New York Fashion Week set the stage with what seemed like a toned down, nude looks. But at second glance, there was nothing simple about them. The intricate construction, asymmetry, textured layering, and exaggerated silhouettes – all of these elements transformed the models into a legion of apocalyptic femme Fatales. These women were powerful and unafraid of their sexual selves, turning a sense of futuristic warriors into a contemporary feminine quality. 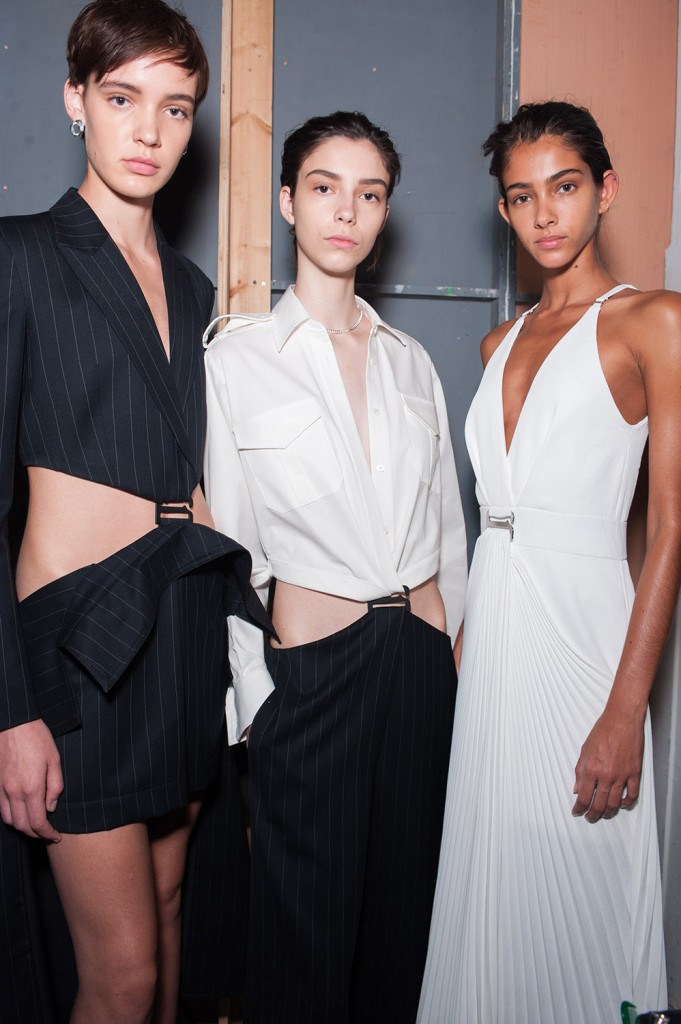 Dion Lee specializes in sleek, modern, and sexy silhouettes. “Privacy just felt like an interesting touchpoint in terms of how people approach their bodies and communicate themselves,” he said post-show.

He homed in on privacy as the watchword influencing the aesthetic mood, showing a stellar collection underscored by refined deconstruction and reconstruction.

He expanded on last season’s idea of fusing lingerie into clothing, playing with lace barriers to control what people see and don’t see. “We built these underpinnings into the clothes,” he added. “The idea was to blur them together so you couldn’t tell which was the garment, which was the lingerie.” A black cutout dress, for instance, featured a delicate lace slip underneath that appeared inseparable.

It made for a beautiful lineup that challenged the eye. The opening tailored jackets illustrated the idea best: asymmetric, constructed with the illusion of being pulled back, or with halves to show different parts of the body. He managed to inject sensuality and modern minimalism into the impeccably tailored suits and structured jumpsuits that came down the runway.