Experimenting with technological materials like neoprene, uncanny prints, textures and cuts, Dion Lee changes the natural silhouette, but not to the detriment of grace and femininity. 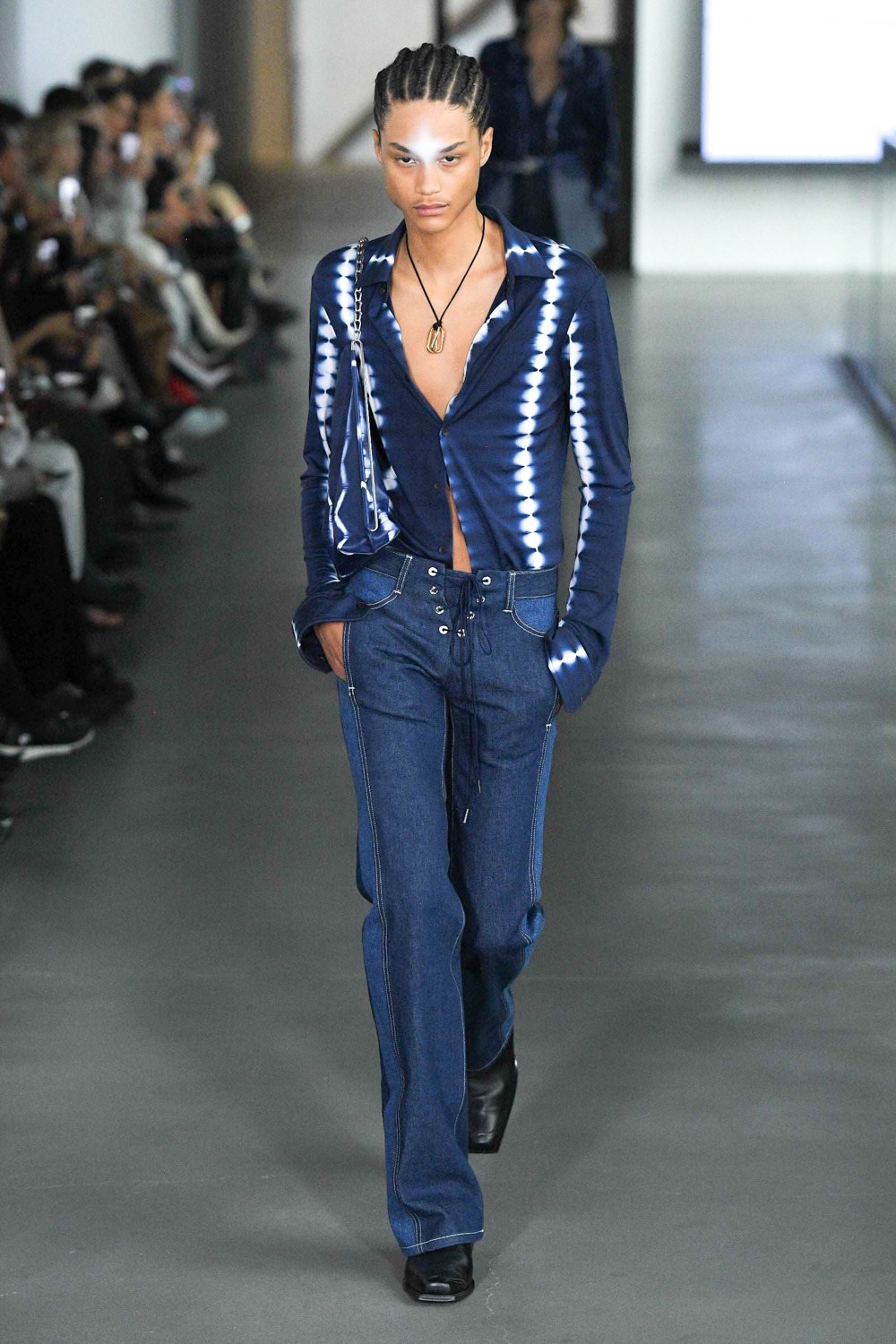 Typically, Dion Lee does not experiment much with colors and creates his collections in pastel and sallow shades. White and sand-caramel find expression in leather sets, sheer fabrics and masculine jackets.

The images Dion Lee creates fit the definition of neither a masculine nor a feminine role. Unisex is another crucial theme of his shows: often it is hard to identify the gender of Lee's models. Soft silhouettes are offset by hard and clear lines. “I found that many women around me dress in men's clothes, and for men it is much more convenient to experiment with female silhouettes - this is where it comes from.”

Through collaboration with a leather brand Fleet Ilya, Lee accentuates soft and smooth tonal images with sculpted bras, straps and waist belts with garters attached to the thigh-high boots. “I adore using this hosiery motif in both men's and women's clothing.”

Dion Lee is one of the most influential designers in the fashion world. Since his launch in 2008, Dion Lee has received various prestigious awards, including the 'Qantas Spirit of Youth Award in Fashion Design', the 'L'Oreal Melbourne Fashion Festival National Designer Award', and the 'Prix de Marie Claire Award'. In 2013, Lee has been selected as the Australian finalist for the 'International Woolmark Awards'. The structured, architectural design immediately got the attention of the fashion industry and hit the cover of Vogue Australia in 2010.

Experimenting with technological materials like neoprene, uncanny prints, textures and cuts, Dion Lee changes the natural silhouette, but not to the detriment of grace and femininity.

Dion Lee outfits are functional and comfortable, which explains their popularity. Not only Australian Megan Gale, Lara Bingle and Miranda Kerr, but also overseas stars such as Rooney Mara and Charlize Theron admire couturier's work.