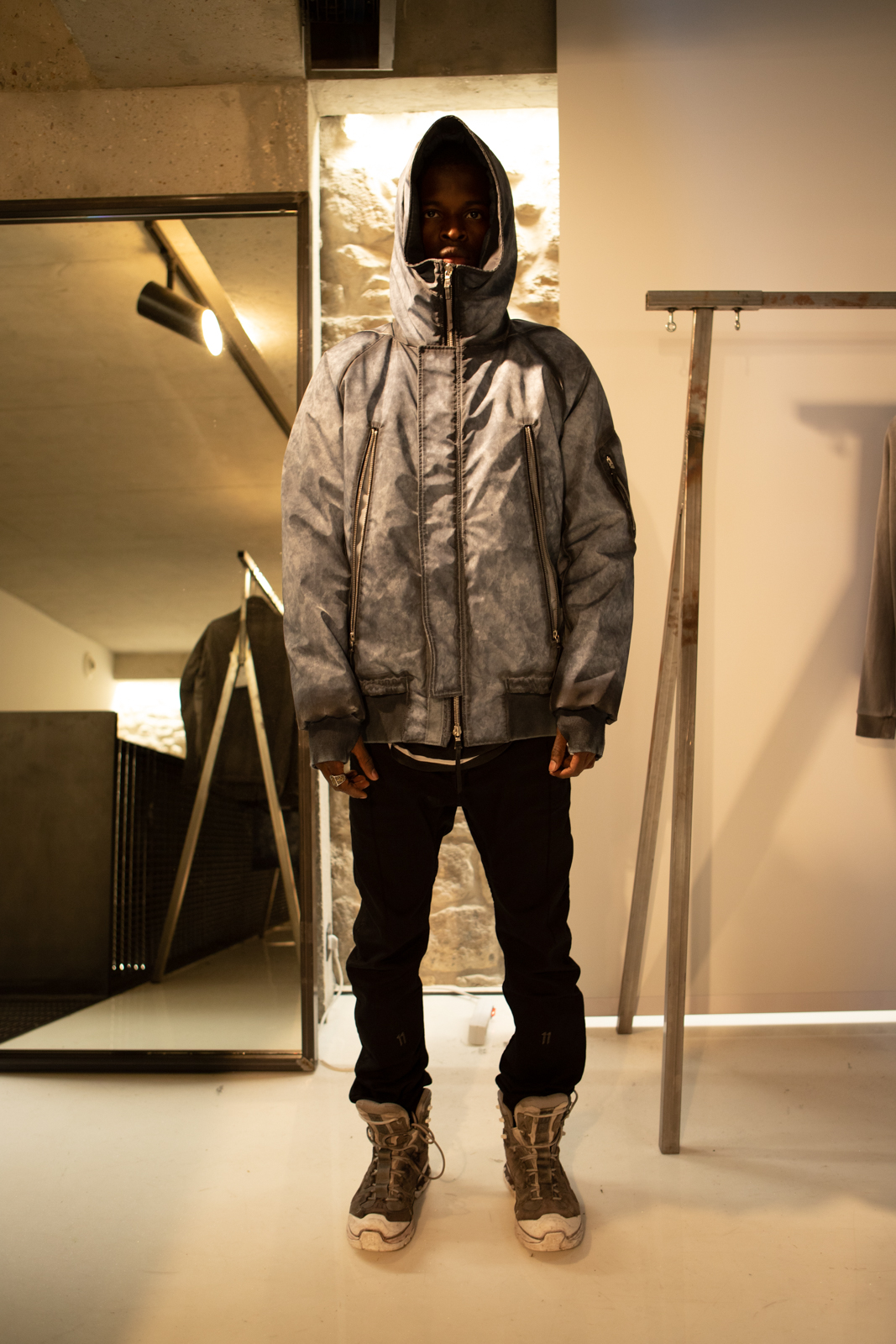 Boris Bidjan Saberi comes from German and Iranian origins. This fact played a fundamental role in his establishment as a designer. In essence, a combination of two systems, Eastern and Western, of different values, traditions, and forms have created an unusual mix, later expressed in his bright creativity.

Boris Bidjan Saberi was born in Munich in 1978. Parents of the future designer were also from the world of fashion, which largely predetermined the scope of his hobbies and contributed to an early start. At the age of 29, after graduating in Barcelona, ​​Boris Bidjan Saberi launched the eponymous label, opening his atelier in a place that fully reflected the complicated philosophy of the designer – the Spanish Monistrol de Montserrat. The first headquarters have been founded there and later transferred to Barcelona.

In 2013, the designer launched his second clothing line, 11 by Boris Bidjan Saberi. The name appeared due to the designer’s passion for numerology and his special love for this figure – Saberi was born on the 11th. The head store, representing his line, has been opened in New York on September 11, 2015.

Boris Bidjan Saberi creates a unique language of clothing through the embodiment of his natural heritage of two cultures. His collections are an explosion of instinctive primitiveness, in which raw materials are combined with an exquisite cut. Each collection is dedicated to a specific subject. The latest fall-winter 2020 collection is imbued with a samurai theme that was already raised by the designer in his previous collections and embodied in collarless jackets and dzinbai-style suits. This season, Japanese influence has felt in an incredibly strong way, which has been expressed via the presence of kimono shapes, white t-shirts with leather obi belts, and smooth coats without sleeves. Hand-dyeing made each item unique and one of a kind. 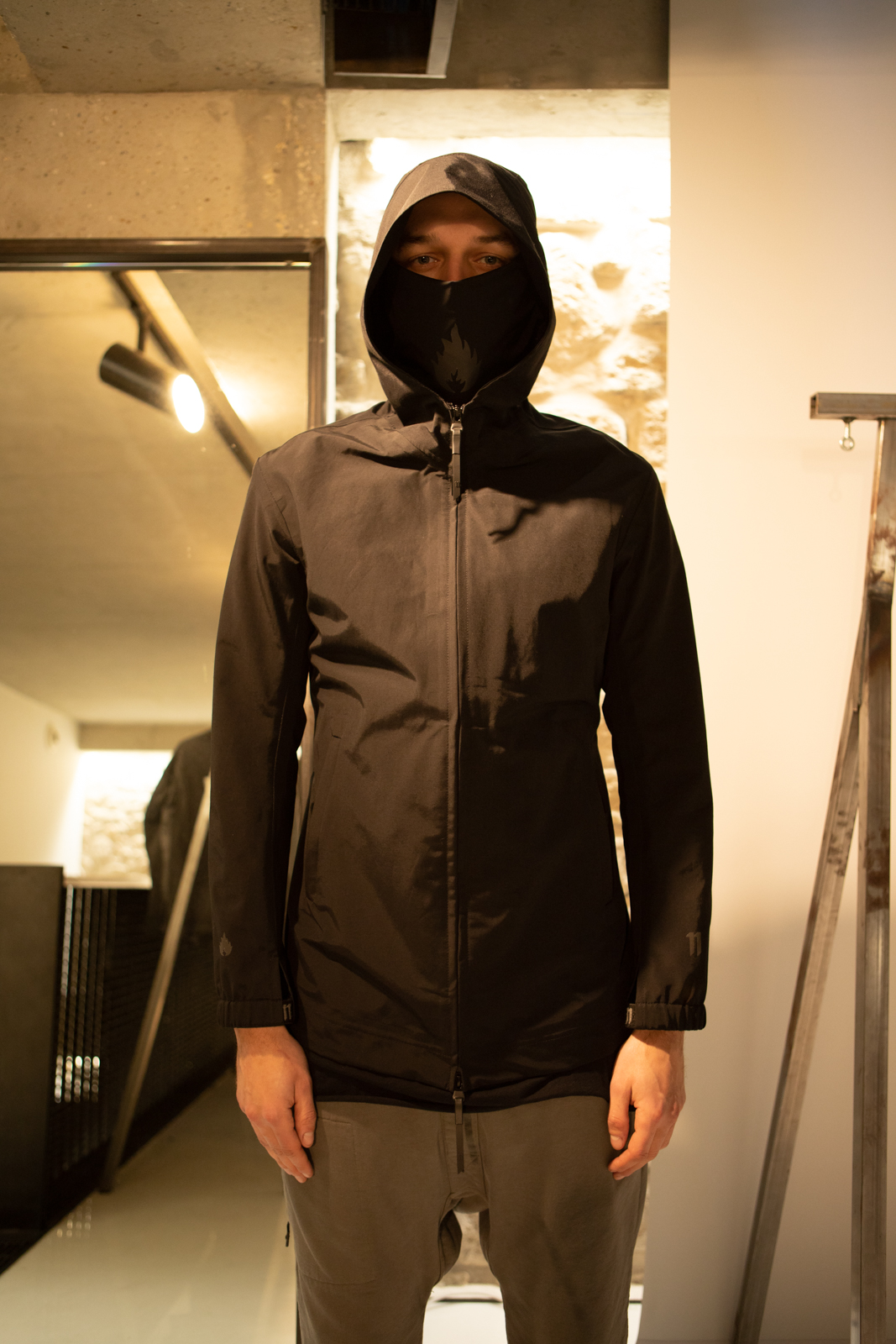 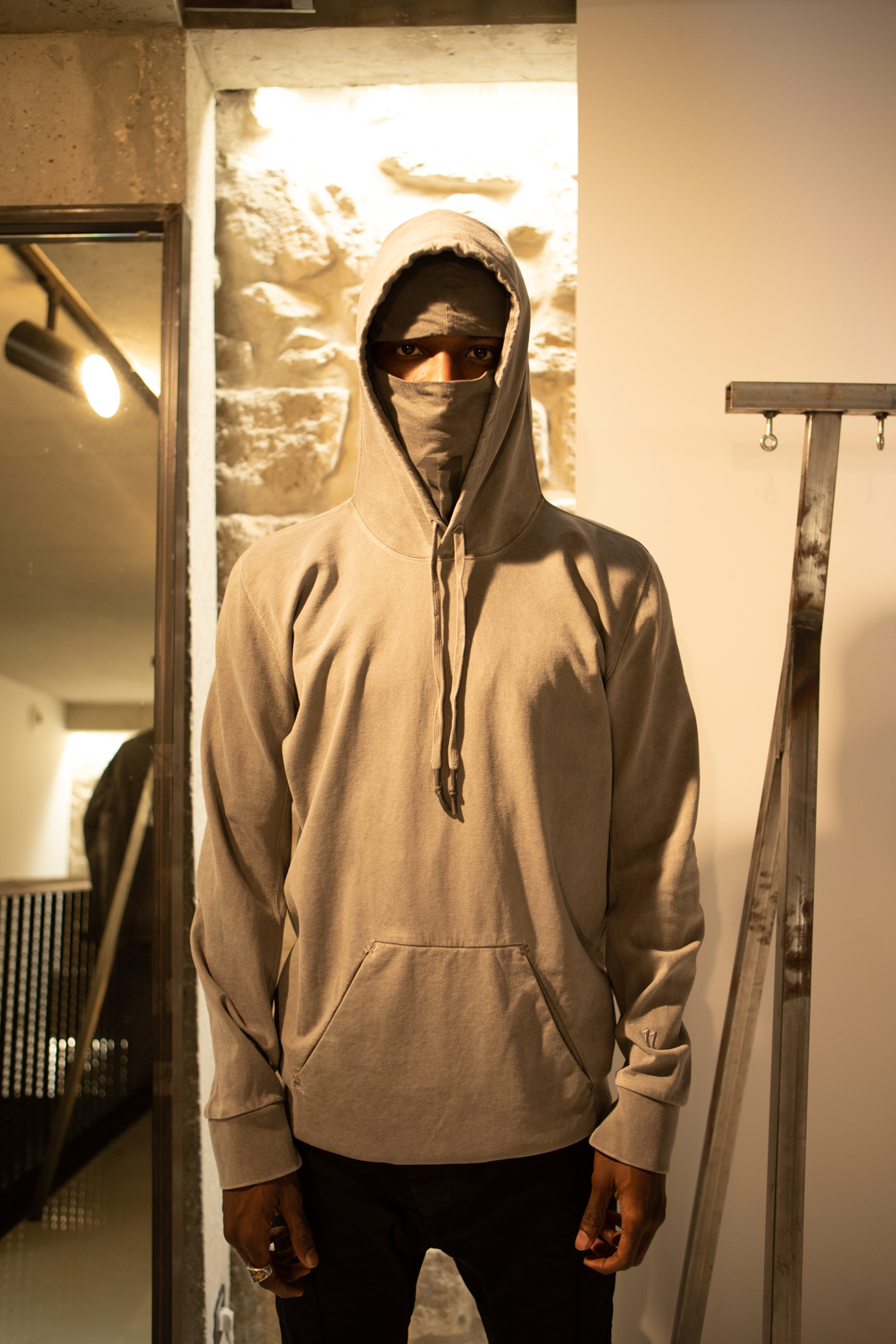 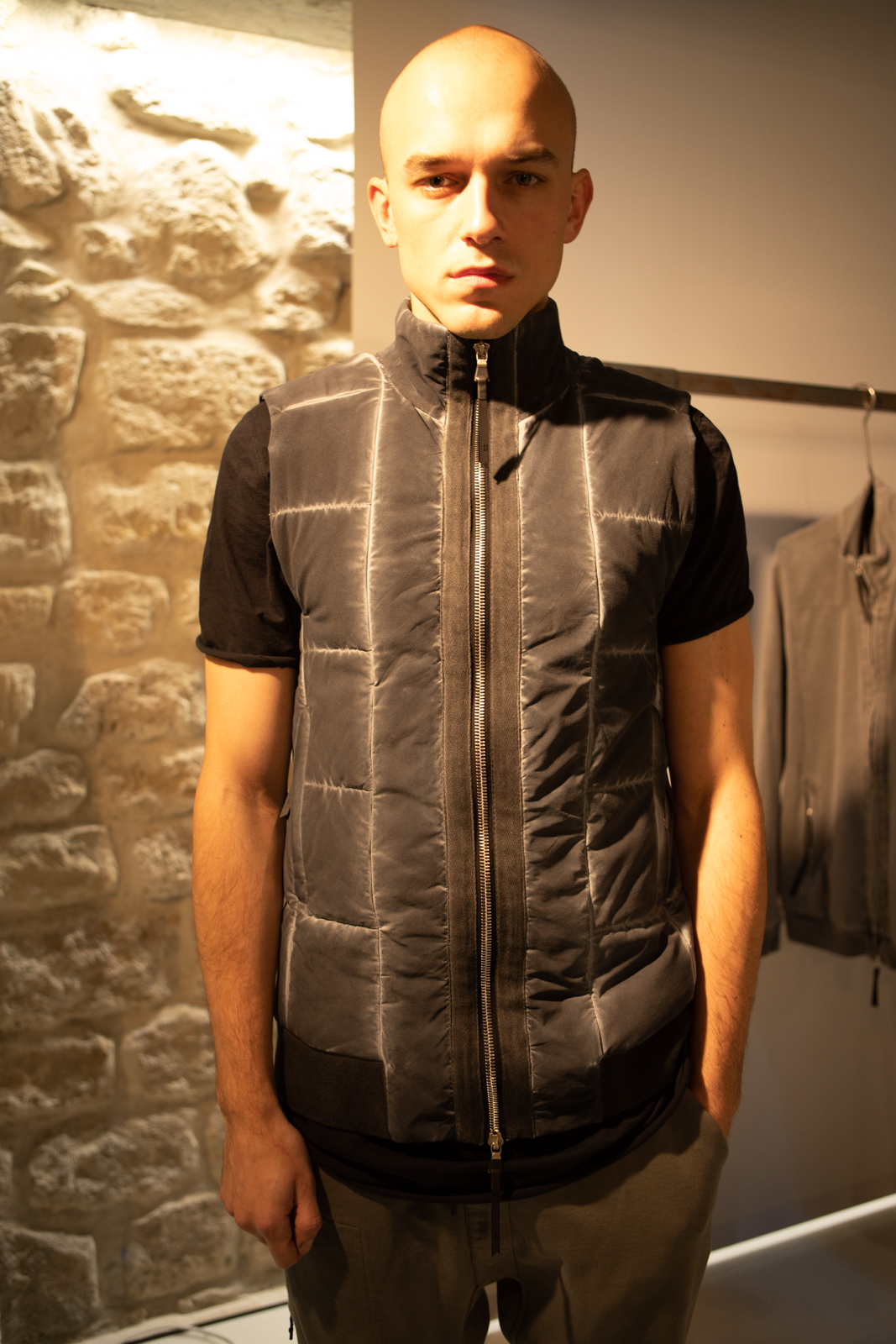 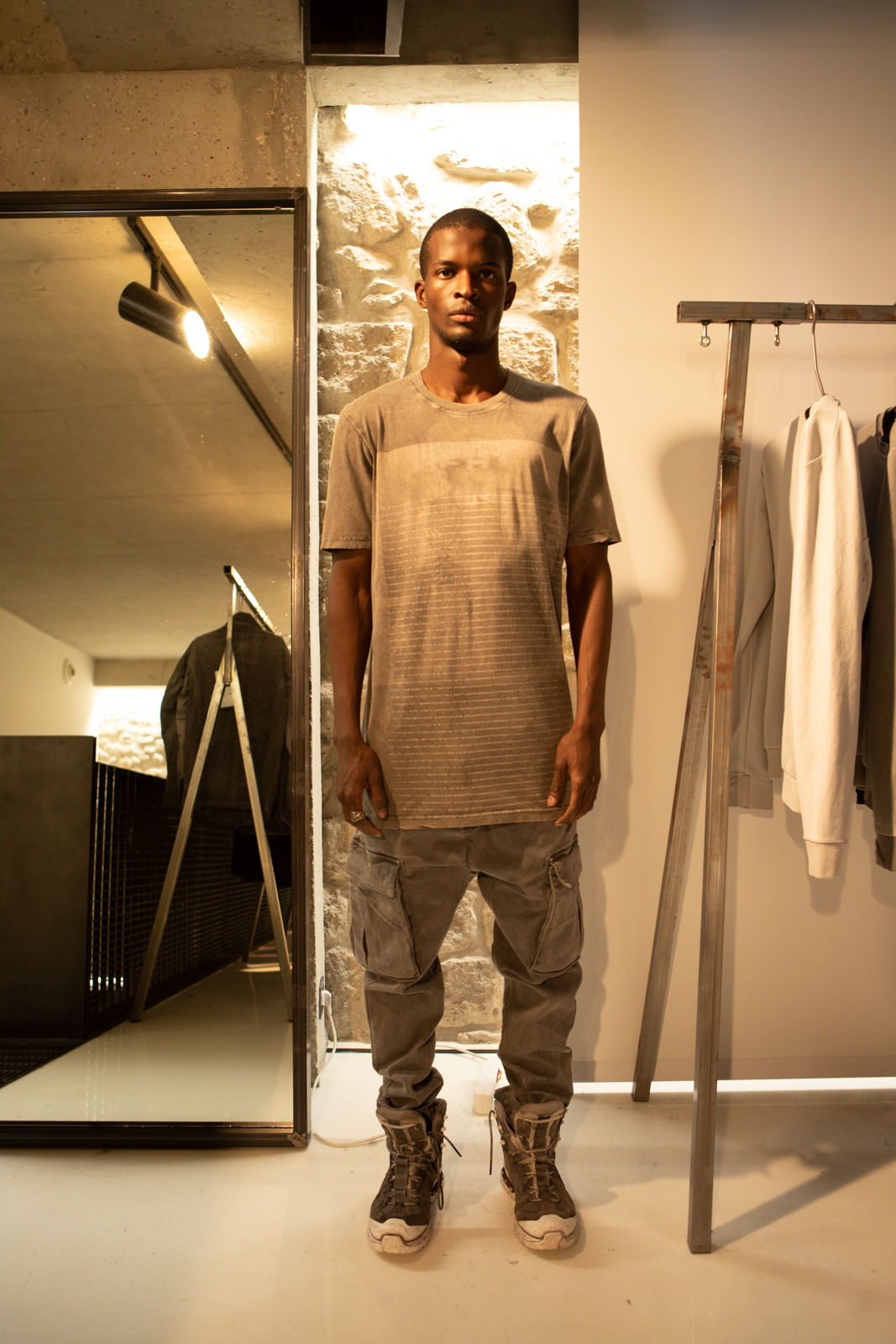 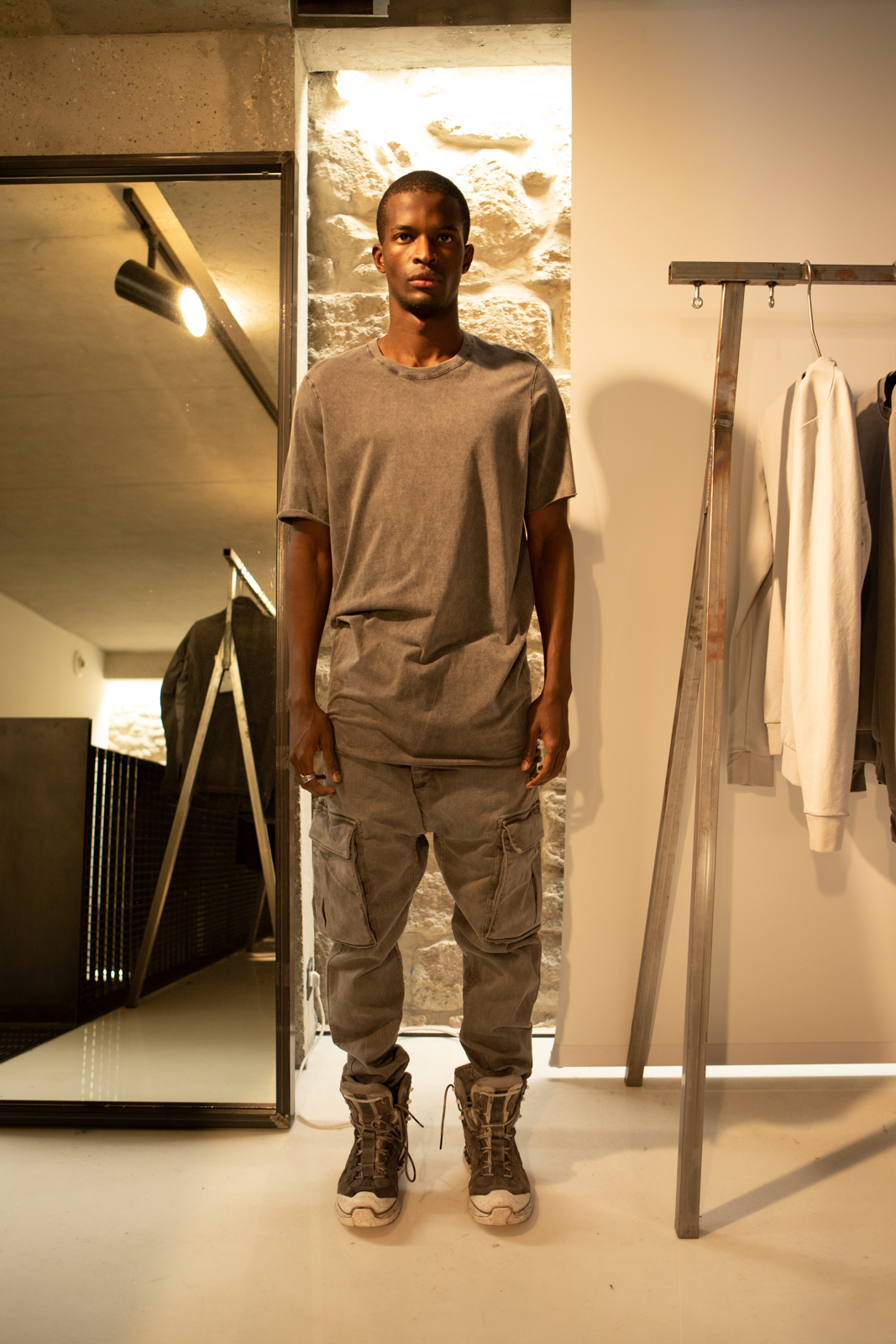 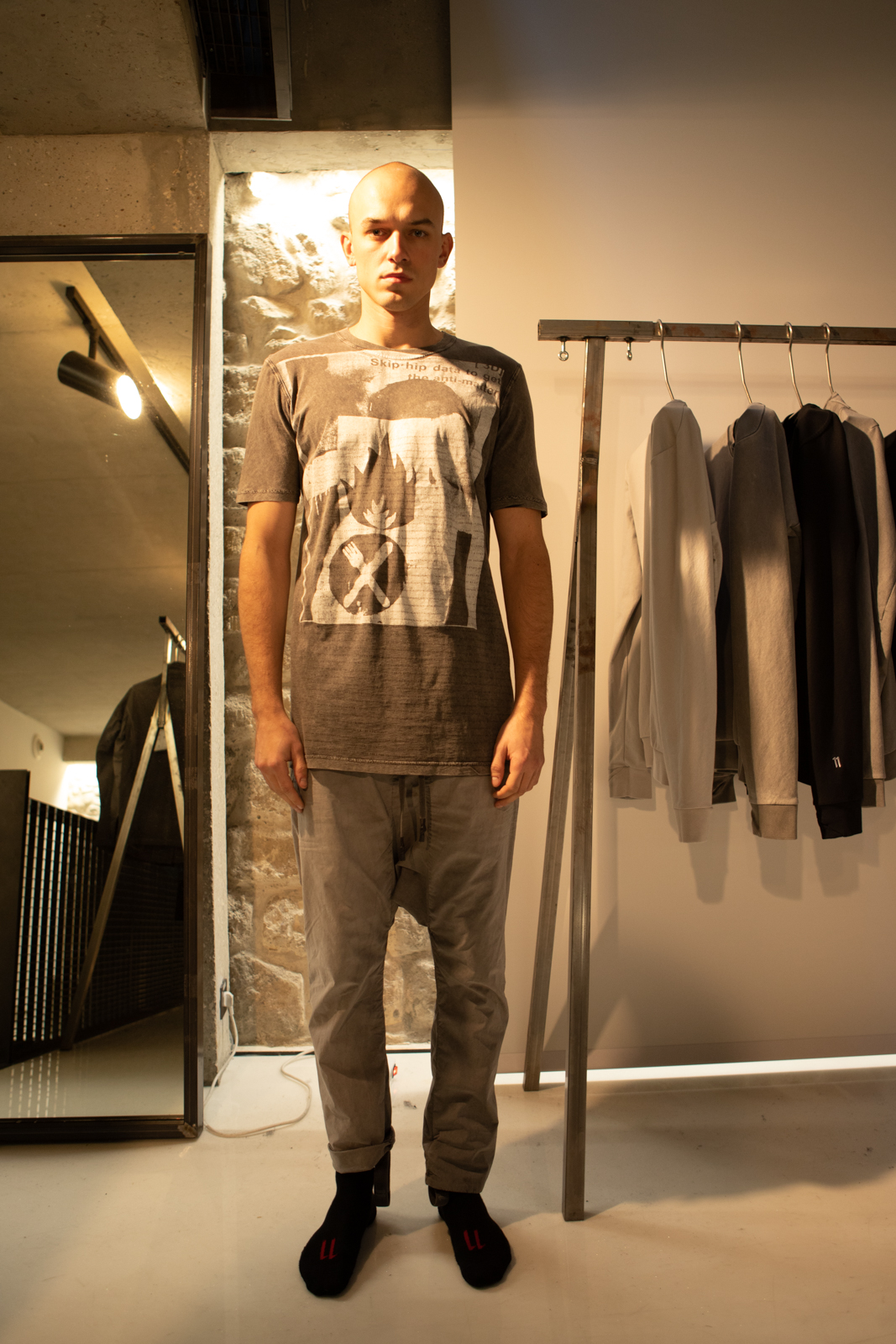 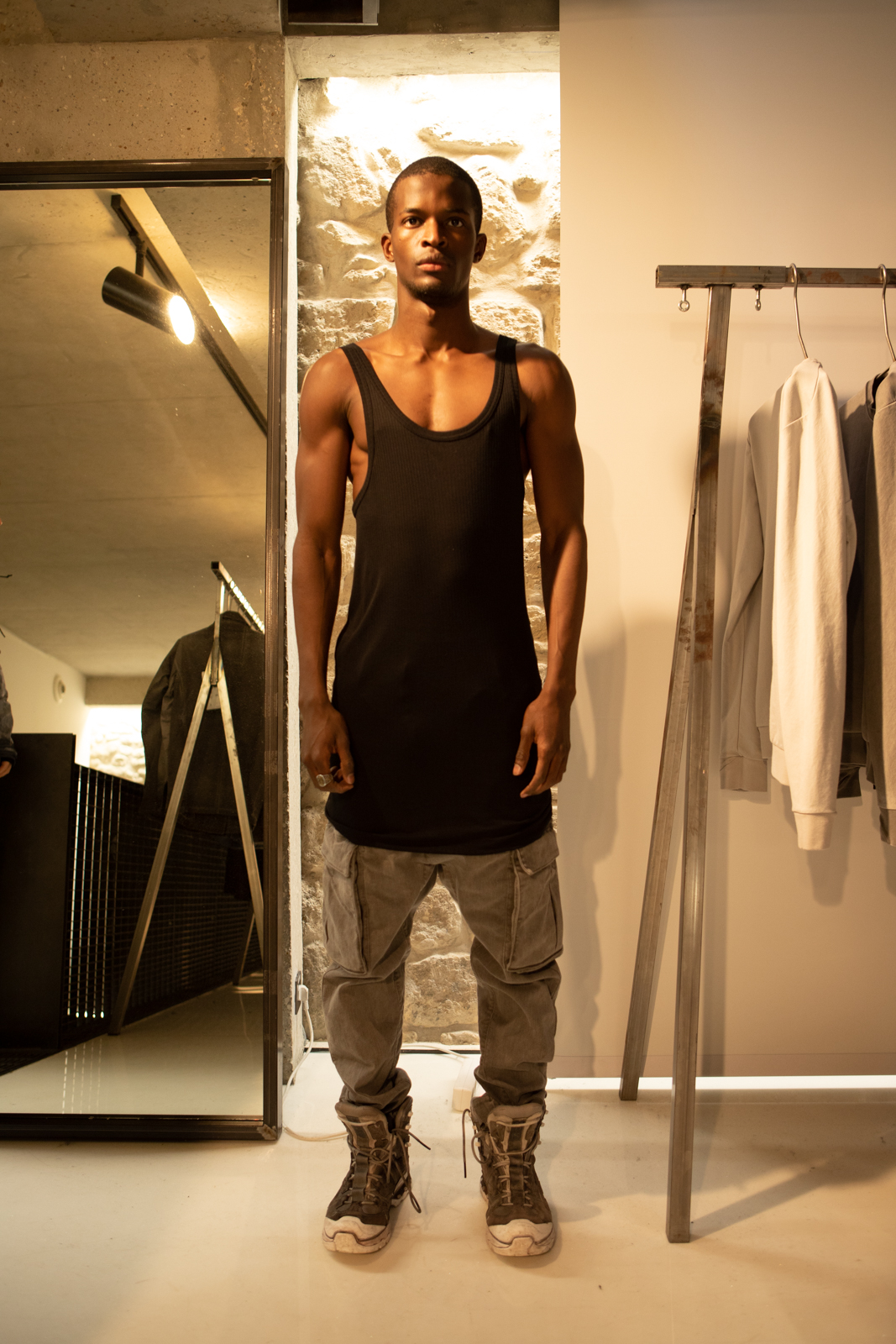 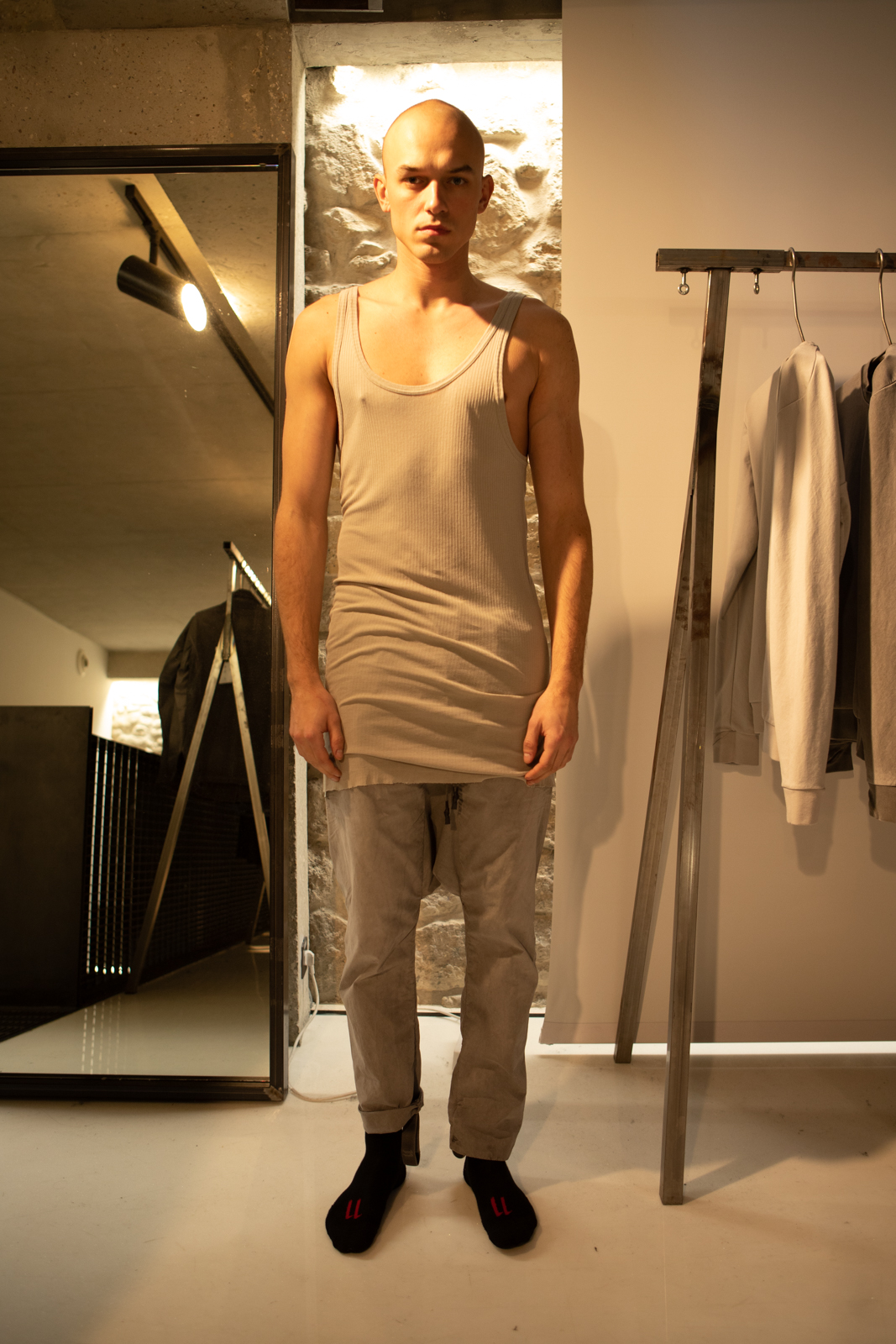 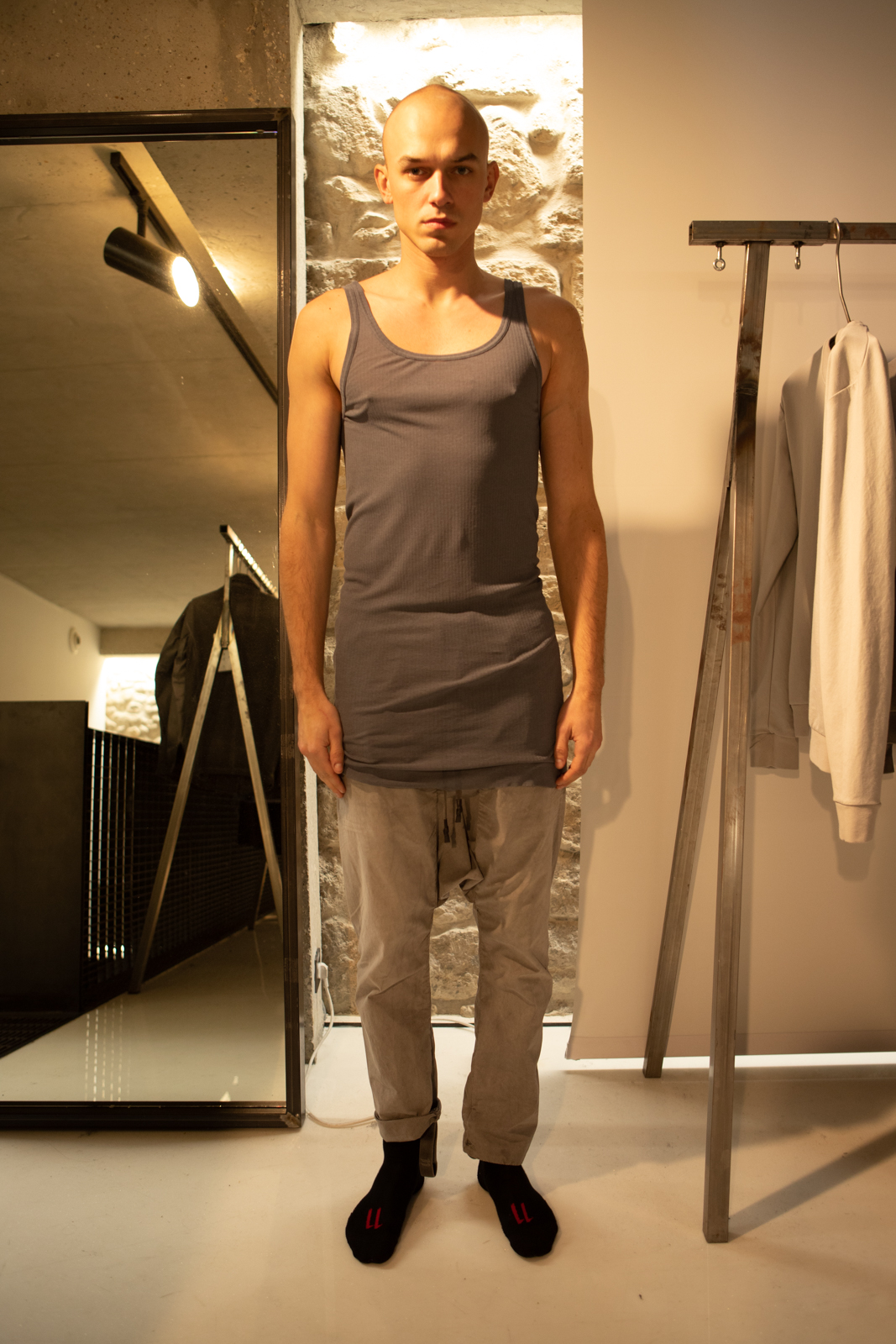 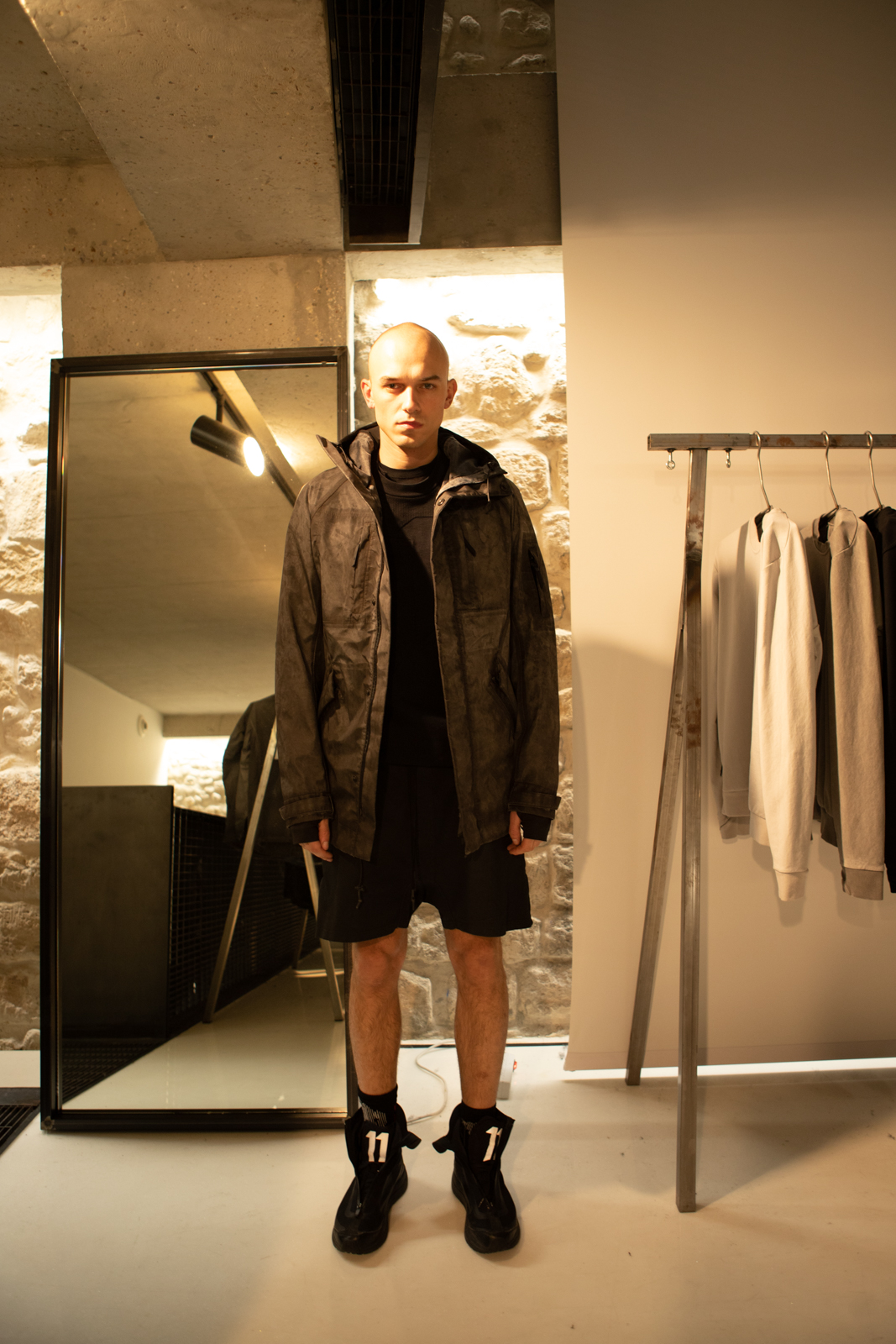 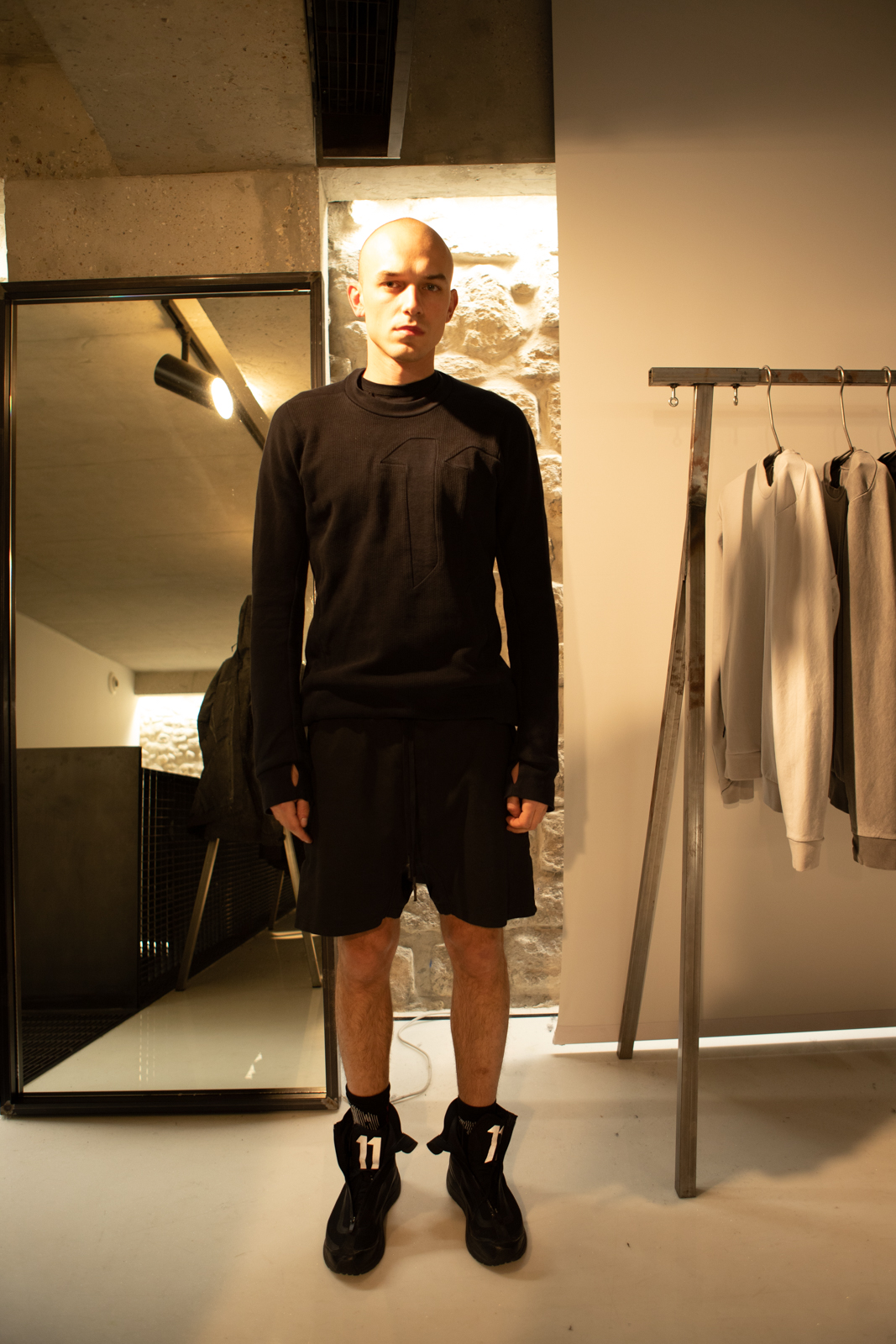 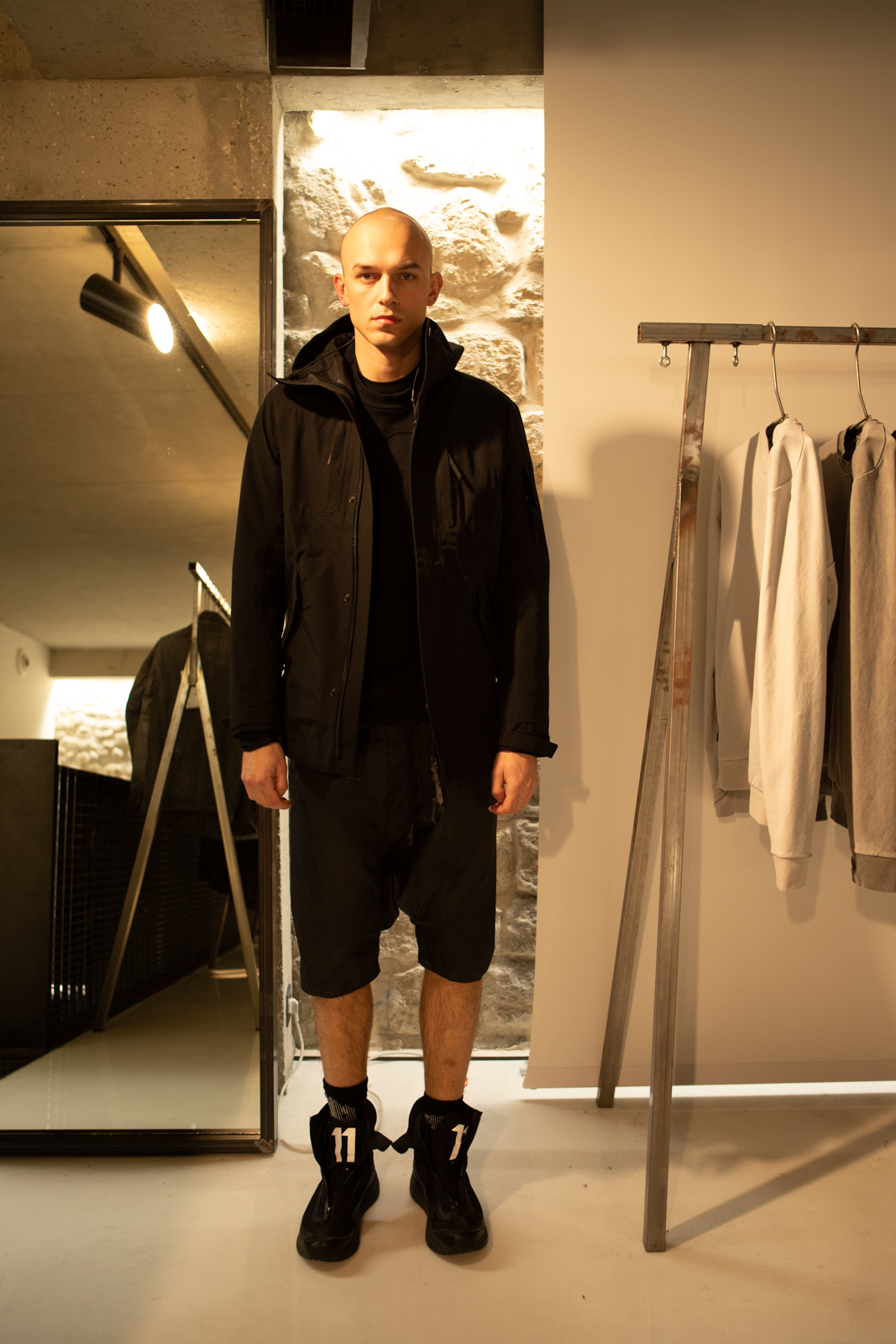