ALYX: WHAT YOU NEED TO KNOW ABOUT MATTHEW WILLIAMS

Matthew Williams: It is hard to imagine what the fashion world will be like in a couple of years but I know one thing for sure: I will always do what I love. 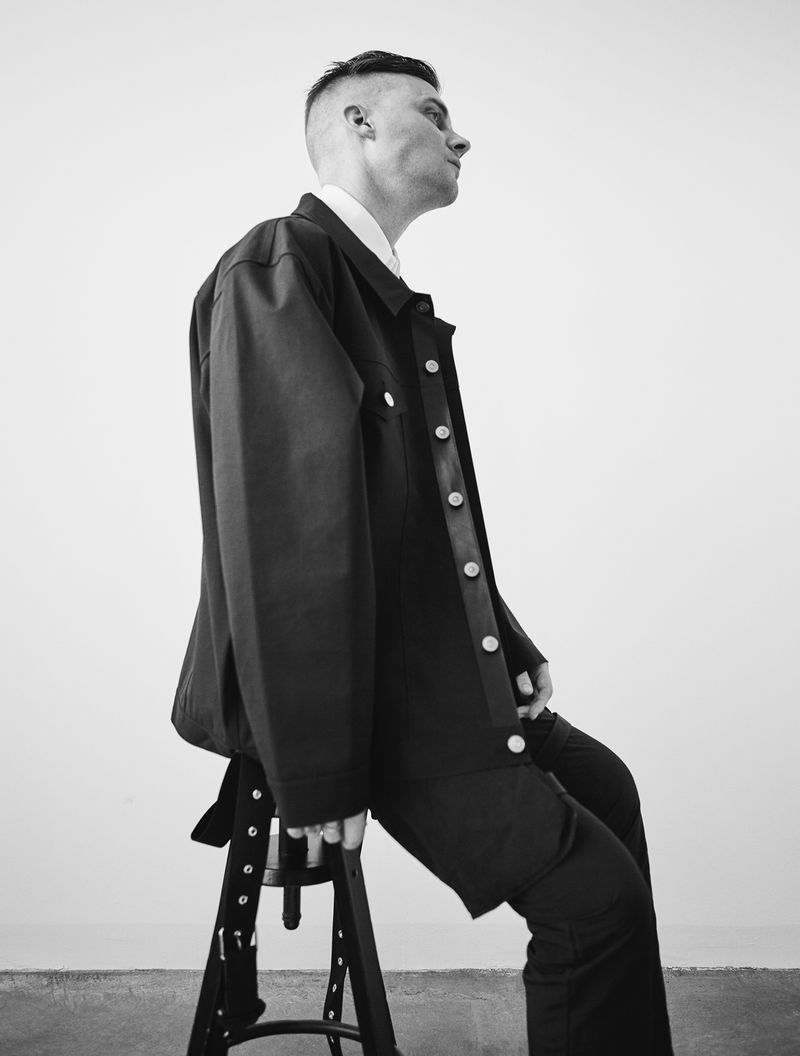 Two years ago, three big debuts took place at Paris Fashion Week at once: the first Virgil collection for LV, the first Kim Jones line for Dior, and the first Paris show from the American brand ALYX Studio (which is now called 1017 ALYX 9SM ) The New York brand of Matthew Williams from California has made a major breakthrough in the fashion business since then, as the company has had everything necessary for such a jump. For this reason, we have disassembled all the main components of the brand in parts, so that you can form your own opinion on the brand, that the whole world is talking about today.

Unlike many brands that play on our nostalgic feelings, ALYX try to stay away from this path. The main philosophy of Matthew Williams is evolution, so he confidently looks in the future and, first of all, addresses the young generation, the generation of the Internet. Listening to the world, interacting with a young audience and singing odes to Instagram is all about him.

It should be noted that ALYX production is not just another soulless machine for converting trends into money. Matthew Williams is especially careful in all aspects of doing business. The vibe of the country in which he creates his clothes is important to him, he confesses his love for Italy in pretty much every interview. The quality of the fabric is important to him, therefore, again, we get back to the paragraph on Italy. Matthew Williams thinks of ecology; he is proud of the fact that millions of gallons of water are being saved through the use of recycled cotton. Isn't that the future of our planet?

One of the most important points of the success of ALYX is the support from celebrities all over the world. As the artists and musicians themselves say, Matthew Williams is arguably one of the nicest persons they've ever met. This feedback has not appeared just like that: in the past, the designer worked as a stylist for Kanye West and Lady Gaga. However, these collaborations were not limited by the work of the stylist only: Matthew Williams was responsible for everything style related while creating for those celebrities.

Williams is being proud of the fact that he managed to build a bridge between the Californian celebrities and the Parisian elite. According to him, these two societies were not crossing before.

“Fashion houses were not offering musicians garments for their performances. Chanel could offer something to Madonna, but this was not common at all."

Matthew Williams has created outfits for Lady Gaga in collaboration with Nicola Formichetti. The entire large support community did not come from nowhere. Vibe is everything in this world.

The bag that Kanye loved so much

As you understand, you cannot work with Kanye, if he does not like what you create. This is evident that Mr. West is still following the work of his former creative director; this could also be one of the critical factors of the success of ALYX brand. The picture featuring Ye walking down the street with a futuristic (no retro aesthetics!) bag at some point has been around all the blogs, instagram accounts and other social media.

Now you can rightfully consider this silhouette a hallmark of ALYX, and the influence of this accessory is notable even in current collections of Louis Vuitton and Heron Preston. Fashionistas from all around the world style that mini-bag in their own way. We can see this in the street style photographs.

Alyx première Parisian show has become the quintessence of the brand: the brand was no longer called Alyx after it, but has been renamed for 1017 ALYX 9SM. And secondly, in front of a whole army of celebrities, including Kanye, Skepta, A$AP Rocky, A$AP Nast and many others the American designer presented not only his own creations, but also the result of a collaboration with Nike. In the framework of the Paris campaign, Matthew managed to open a pop-up store that has been open for four days exactly.

It is clear that Matthew Williams is not going to stop there, and soon we will see more of his big shows. As we mentioned above, the American designer (and a representative of the new generation) communicates with the world via Instagram and expands the scope of conscious production in every possible way. Speaking globally, the new renaissance of creative areas has begun.

“We still use dyes for clothes, but we cooperate with factories that have the proper filters and comply with EU rules and standards. We didn’t spend water on growing cotton to make our t-shirts, and that’s a big saving. I think, in the world of fashion, this kind of responsible attitude should appear more often."

Matthew has a small team: several members of his family work for the brand. His wife Jennifer helps with orders in her spare time. Her brother and her parents are also involved in the production; for this reason, they even moved to Italy. Do personal aspects interfere with the professional? Matthew manages to find the right balance in everything. The couple Williams come to Paris as a full family. The designer spends every free minute between intensive preparations for the show and with his daughters Alyx and Valletta.

Does Matthew Williams dream of heading a big fashion house? "Sure! I have one famous brand in mind, but I will not name it. I do not like to think ahead. It is hard to imagine what the fashion world will be like in a couple of years but I know one thing for sure: I will always do what I love.”